You are here: Home » About Bhutan

Welcome to The Land of the Thunder Dragon

The Kingdom of Bhutan is a magical country nestled in the eastern Himalayas and where the King rules by a 72 page document entitled Gross National Happiness. Any experience in this Buddhist country, is a rare and unique cultural adventure.

Bhutan is flanked by India to the south, west and east, Tibet to the north, and has a famous neighbor, Nepal. But Bhutan’s rugged landscape and rare cultural and spiritual grandeur have caused it to be touted as an oasis of innocence in a frenzied and competitive world—a kingdom where compassion and wisdom are the benchmarks against which all things are measured. Unlike Nepal, Bhutan’s rigid tourist restrictions close these treasures to many foreigners, which only make it more tantalizing as a destination for adventure and spiritual seekers. What also sets Bhutan apart are its quantity of protected lands and that it stands alone as the only carbon negative country on the planet. [Watch the Prime Ministers TED talk on this issue]

The country of Bhutan is one of the few places on earth that has never been colonized—boasting of a heritage going back to prehistoric times. With belief systems steeped in magic and mysticism, they have protected their natural environment as a haven that World Wildlife Fund calls, the ‘hot spot of biodiversity’. As a deeply Buddhist country, the Western world has labeled Bhutan as The Last Shangri-La.

In addition to being one of the most recent nations to accept TV and Internet (1999) and install a democratic government, Bhutan is home to the highest unclimbed mountain on the planet, Gangkhar Puensum (24,840 ft.). It is a testament to Bhutan’s leadership that it rejected revenues from foreign climbers and instead prioritized the spiritual wishes of villagers that the mountain remain untouched.

Bhutan has fewer cars than cattle, and no traffic lights or McDonalds. There are more monks than military personnel and social progress is measured nnot predominately in terms of economic development or GDP, but in terms of happiness, as defined in their ruling document entitled Gross National Happiness.

For a small nation, it dares to be different. As there are revolutions around the world rivaling corrupt leaders, Bhutan’s absolute monarch the 4th King, not only abdicated the throne to his son against the wishes of the people, but initiated a transition into democracy to give more power over to an elected government and its citizens. But despite this switch up in power, the country remains deeply in love with its Royal Family and this heartfelt loyalty is palpable.

The peacefulness of Bhutan’s predominant Buddhist tradition flourishes in harmony with those of other faiths in country. This tranquility permeates the air and every being; human, cow, yak, dog, chicken and horse, exude this sense of ease in the Land of the Thunder Dragon.

Experience the essence of Bhutan.

Come for an international sporting exchange, and an adventure and stay for the cultural experience of a life time. 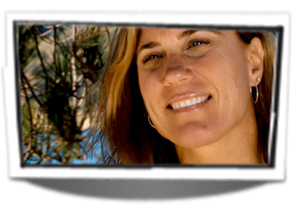 After experiencing the Himalaya region in Tibet and Nepal via the Raid Gauloises Expedition Adventure Race back in 2000, Terri became culturally and geographically intrigued with this special part of our planet. She vowed then that she’d explore more. So after much research Bhutan became her intimate focus and Expedition Bhutan was created, with Terri as the expedition leader. Their 4-person expedition team and 3-person film team traversed the entire country, from far west, to the last village in the east, trekking and mountain biking over a 2-month span in the fall of 2011, while hosting the first TEDx in Bhutan as well as shooting a documentary film of their adventure and cultural inquiry – Crossing Bhutan.

In addition to bringing two Bhutanese to the U.S. to further explore sporting culture in America, Terri returned to Bhutan living in the capital, Thimphu, while volunteering with the Bhutan Olympic Committee (BOC)—Expedition Bhutan’s in-country partner (see her TEDx talk). During her time there Terri co-created with the BOC the Bhutan International Marathon (BIM) as well as supported, consulted on and participated in Bhtan marquee cycling event, Tour of the Dragon. In February of 2014 Terri helped the BOC successfully execute their first BIM and has returned each year to co-produce the event, while seeing the BIM annually double its growth. BIM is now the largest international sporting competition the country has ever seen.

Though she has done some additional fundraising for non-profits in Bhutan, Terri was seeking a sustainable means to further support the people of Bhutan—thus Bhutan Ultra was born. This ultrarunning event offers ongoing support to the Tarayana Foundation and the people of Gasa and Punkaha.

As Expedition Bhutan Leader, international liaison, advisor and sponsor of the BIM and advisor, sponsor and participant of Tour of the Dragon, and having spent more than a year in the country, Terri Schneider is intimate with Bhutan. She knows the the culture and is deeply committed to supporting the people of this very special country.

Terri invites you to come for your race or adventure while supporting the people of Bhutan, and stay for the cultural experience of a life time.

For more information on Terri including her coaching, writing, speaking, consulting and 45 years of ultra endurance racing and event planning around the planet, go to her website.

Book Your Tour Package and Flight

Additional dates and itineraries as well as hotel upgrades are available. Contact Terri for more info.